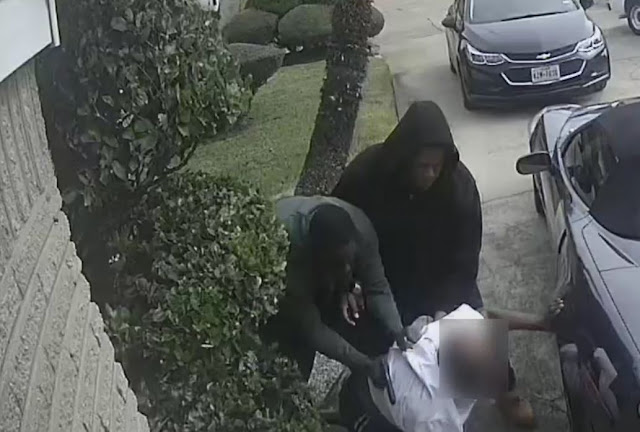 On Wednesday, November 27, 2019 at around 12:30 pm, the complainant was working outside of his house at the 9000 block of Shady Drive, in Houston, Texas. The complainant stated that he noticed a black four-door vehicle with dark window tint drive by the house slowly and then make a U-turn and drove back towards his house. The complainant stated that the vehicle stopped and two unknown males exited the vehicle and quickly ran up to him while holding handguns. The suspects grabbed the complainant and dragged him into the house while demanding money. As they made their way into the house, the complainant’s wife heard the commotion and grabbed a gun. The female complainant then came out of the bedroom and raised her weapon towards the suspects, at which time one of the suspects shot towards the female, narrowly missing her. All of the suspects then ran out of the house and fled the scene. Houston PD #1564227-19