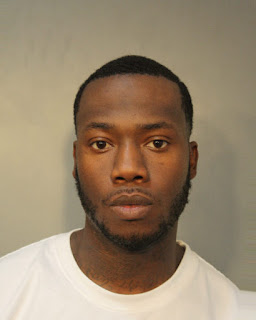 SUSPECT HAS BEEN CAPTURED

Crime Stoppers and the Houston Police Department’s Robbery Division need the public's assistance in locating Phillip Thomas, who is charged with a murder after committing a robbery that occurred at a game room at 13573 Dunlap, in Houston Texas on December 24, 2017 resulting in the death of one of the suspects.

Phillip Thomas entered the game room and was met by two other suspects that were already inside posing as customers. During the robbery, gun fire was exchanged between the manager of the business and the suspects. As a result of the gun fight, one of the (female) suspects died at the scene and the other two male suspects were able to get away. During the investigation, Kwame Karikari was charged with murder and has since bonded out of the Harris County jail. The identity of the third suspect, Phillip Thomas was developed as a result of an intensive investigation by detectives with the Houston Police Robbery Division. HPD case #1616279-17

Crime Stoppers may pay up to $5,000 for information leading to the charging and/or arrest of the suspect in this case. Information may be reported by calling 713-222-TIPS (8477) or submitted online at www.crime-stoppers.org
Posted by HPDRobbery at 10:04:00 AM