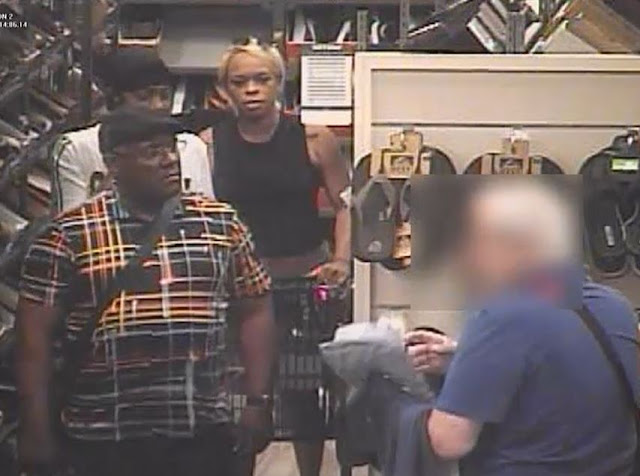 On Tuesday, May 7, 2019 at around 1:15 pm, an unknown male and two females entered the Nordstrum Rack, located at 5000 Westheimer, in Houston, Texas. The Nordstrum loss prevention personnel were already aware of a possible shoplifter (in the Galleria) that matched the male’s description and focused their attention on him using the surveillance cameras. As they were watching the male in the shoe department on camera, they observed him placed two pairs of white shoes in a large purse that was in the shopping cart, which was being pushed by the female. All three suspects then exited the store without attempting to pay for the items. The loss prevention personnel approached the male outside of the store and asked him to give the items back. The male then placed his hand in his waistband and threatened to shoot the loss prevention personnel if they did not walk away. The suspects then got into a red BMW 328i and fled the scene. Houston PD #574409-19