Suspects Wanted in a Shooting at Apartment Complex 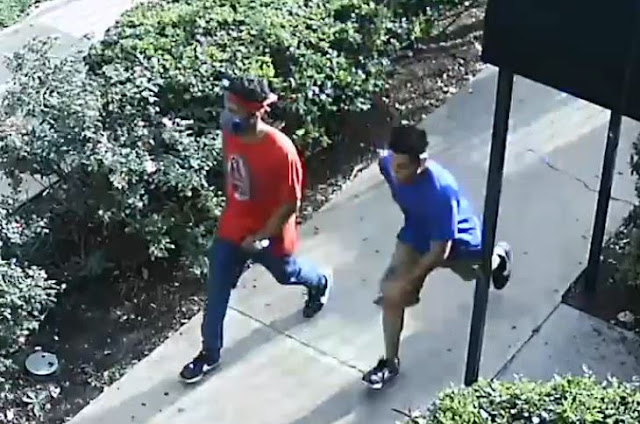 On Monday, May 25, 2020 at 6:30 pm, the complainant was returning from a nearby grocery store and walking to his apartment at 6305 Westward, in Houston, Texas. The complainant stated that two unknown males approached him from behind while one of the males jumped on him, forcing him to fall to the ground. The suspects then began to assault the victim while demanding his wallet. The victim was unable to reach into his back pocket, at which time one of the suspects pulled out a handgun and shot the victim in the leg. Once the suspects were able to get the victim’s wallet, they then fled the scene in an unknown direction. Houston PD #695322-20