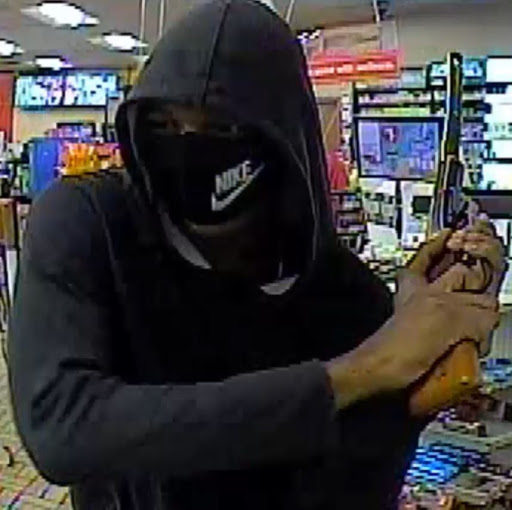 On Monday, July 27, 2020 at 12:01 am, an unknown male entered the Valero, located at 3770 S. Gessner, in Houston, Texas. The store clerk stated that the male walked into the store while holding a long gun, later determined to be a BB gun. The suspect demanded the money from the cash register while waving his gun around and knocking down displays. The suspect then walked over to the cash register and broke the plexiglass by striking it with the barrel of his BB gun. The suspect then walked out of the store in frustration since he was not able to get any money, hit the front door with the gun and then got into a black Nissan four-door sedan.

As the suspect was leaving the parking lot, he rolled down his window and shot a male and a female who were walking to the store with his BB gun. The BB’s did not penetrate the victims, but instead left abrasions. The suspect then fled the location. Houston PD #983485-20