Suspect Experiences a Series of Bad Luck in Robberies 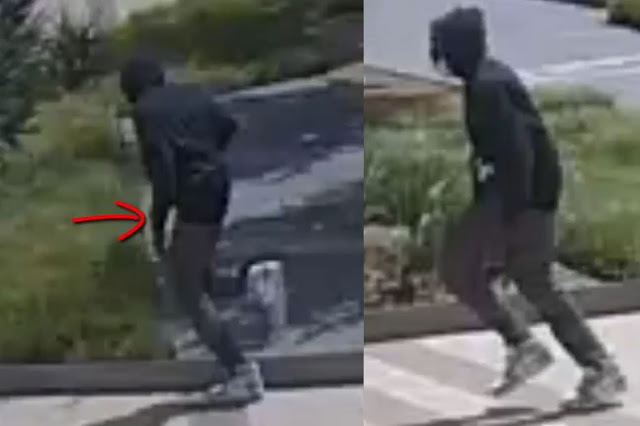 Crime Stoppers and the Houston Police Department’s Robbery Division need the public's assistance identifying the suspect responsible for an aggravated robbery with a deadly weapon.

As the suspect was fleeing in the complainants black Ford F-350 truck, he drove over some concrete barriers at 5599 San Felipe and then struck a white Lexus sedan as it was exiting the parking lot. The suspect then exited the damaged black Ford F-350 and ran to a third complainant, who was sitting in a parking lot in her white Ford F-150 while waiting for a friend. The suspect pointed his handgun at the third complainant, forced her out of her truck, and then fled the scene. The white Ford F-150 was located a short while later at an apartment complex at the 6400 block of Westheimer.

According to a witness at the apartment complex, the suspect ran up to her asking for help. The suspect was bleeding from the mouth and from his left arm, which appeared to have been shot because it was "just dangling.” The suspect then ran off into an unknown direction.

As of September 17, the suspect had not checked into any local hospitals, but was injured in the incident when he shot himself in the arm. Houston PD #1224000-20