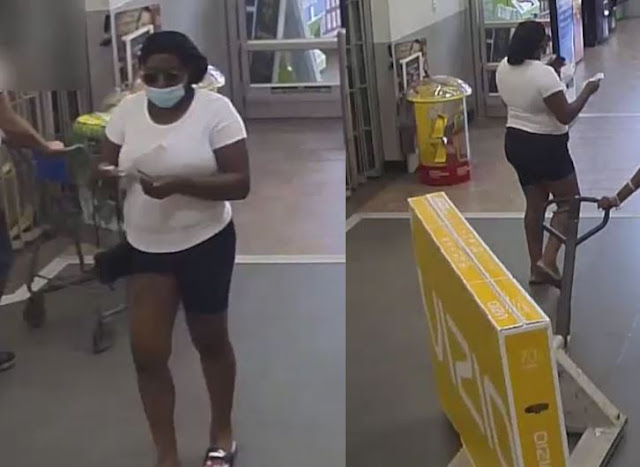 Note: Surveillance cameras at the Walmart captured the suspect purchasing a television for $712.29.