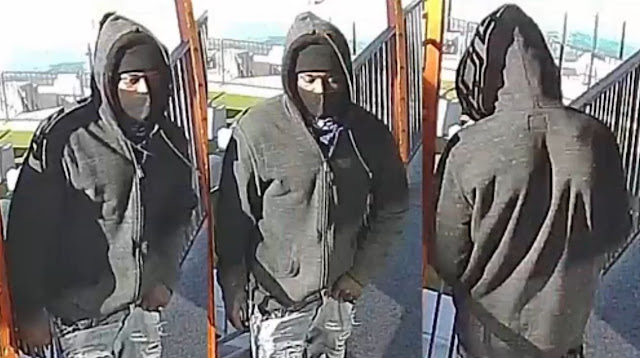 On Tuesday, December 22, 2020 at 9:15 am, the complainant was staying in a motel room at the 100 block of West Cavalcade, in Houston, Texas. The complainant stated that he had met a female the prior night and recognized her as she was knocking on his door. The complainant stated that he opened the door and an unknown male suddenly appeared, struck him in the head numerous times, and then grabbed his wallet. During the incident, the suspect’s gun slipped out of his hand and fell outside of the room to the ground floor. Both the male and female suspects fled the scene in an unknown direction, leaving the victim with a laceration to his head. Houston PD #1700570-20

The female has been identified and charges are currently pending. Detectives with the Houston Police Robbery Division are still seeking the identity of the male, who is described as a black male, possibly known as Lola, 20 to 25 years old, 5’7 to 5’9 and 120 to 140 pounds.