Suspects Follow Victim from Store, Beat and then Rob him 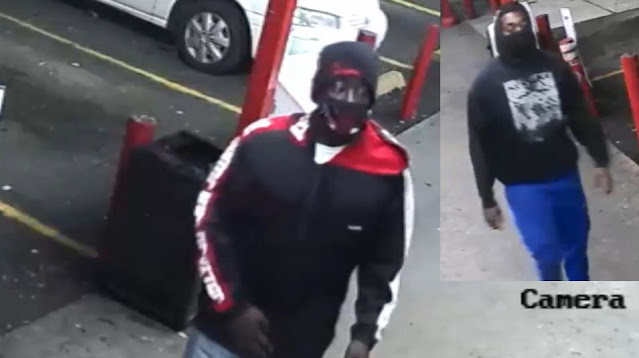 The Houston Police Department’s Robbery Division need the public's assistance identifying the suspects responsible for a robbery with bodily injury.

Note: Although the incident was not captured on camera, surveillance cameras at the victim’s place of employment at the 4000 block of West Bellfort captured the suspects on camera just prior to the incident. As the victim left work for the night, the suspects followed him until they had an opportunity to attack and rob him.

Suspect #2:  Black male, blue sweat pants, white shoes and a black hoodie with white writing on front and back.