Cluster of an Accident Scene Turns into an Agg. Robbery 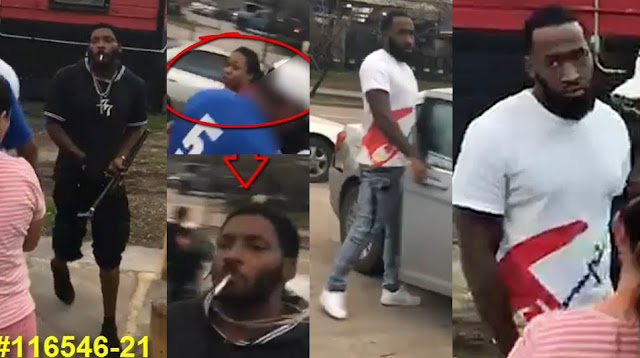 When the complainant’s brother arrived, the male involved in the accident stated that he wanted more money than what they had agreed on, so they began to argue. One of the males at the scene (wearing a black shirt) then grabbed a metal pipe and struck the male victim in the head with it as the other suspect removed his cell phone and money from his pockets. While the victim was being attacked, the suspect with the white shirt opened the victim’s passenger door and briefly went through the vehicle.

During the incident, a female, who arrived after the accident and was with the two males, forcibly grabbed one of the female victim’s phone. The suspects then got into their white Nissan Altima as the female got her vehicle and they fled the scene. Houston PD #116546-21