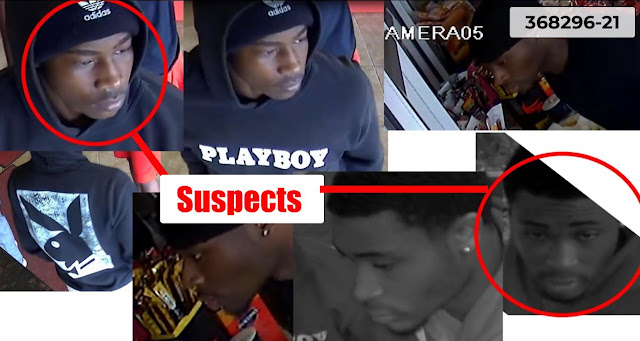 On Saturday, March 20, 2021 at around 1:30 am, the complainant, an Uber driver, was dropping off a customer at about the 8800 block of Broadway, in Houston, Texas. The complainants stated that two males approached them and the shorter black male (Playboy) pointed a pistol at them, demanding her vehicle. The suspects carjacked the complainant and drove away. After the car jacking, the complainant’s credit card was used by the suspects near 11400 MLK. The following day on March 21st, the suspects returned to the same store but left the complainant’s vehicle in the parking lot. The vehicle was recovered by patrol officers and was processed for evidence. Houston PD #368296-21