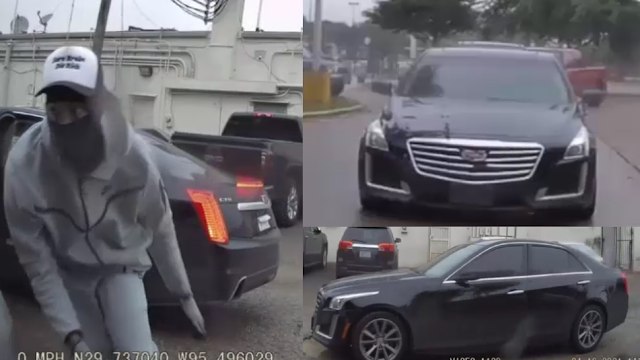 The Houston Police Department’s Robbery Division needs the public's assistance identifying the suspects responsible for a robbery with bodily force.

Note: The complainant stated that before the incident, she went to a bank at the 8300 block of Westheimer and believes that the suspects followed her. The complainant’s vehicle was equipped with cameras, which captured the incident on video.

The victim described the suspect as a black male wearing a gray hoodie, gray pants, and white or gray shoes. The vehicle was described as a black four-door Cadillac with paper plates.