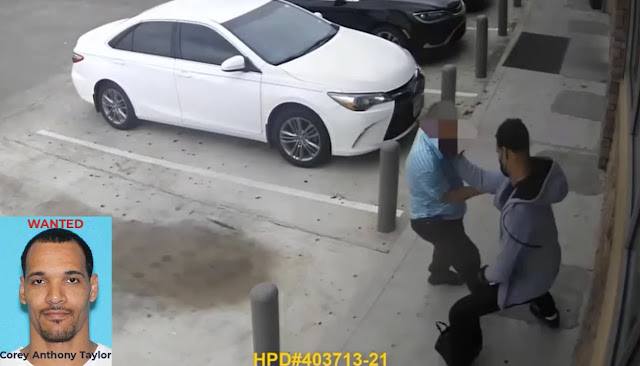 On Saturday, March 27, 2021 at around 11:15 am, the complainant was walking into his business at the 6600 block of S. Sam Houston Parkway, in Houston, Texas. The complainant stated that an unknown male, later identified as Corey Taylor, approached him from behind and struck him in the face with a closed fist, causing him to drop a bag containing cash. Taylor then picked up the bag, ran to a dark colored Chrysler minivan, and fled the scene. Houston PD #403713-21

The complainant stated that just prior to the incident; he had driven to a bank located at the 6900 block of Corporate Drive and withdrew a large sum of money for his business. The victim then drove about 9 miles back to his business and was robbed as he was about to walk inside. It is very likely that the suspects targeted the victim and followed his activity prior to the robbery.

Corey Anthony Taylor has been charged with felony theft in June of 2021 and his whereabouts is currently unknown.