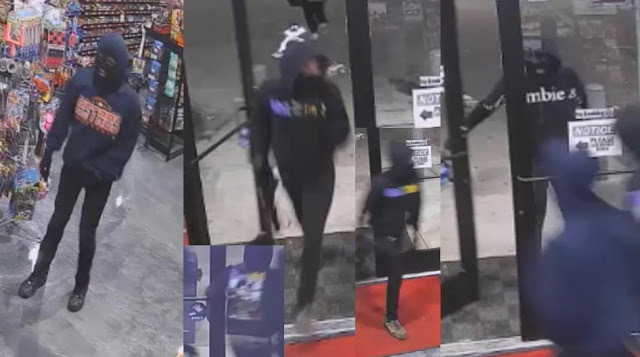 On Thursday, November 11, 2021 at around 10:15 pm, three unknown males entered a convenience store, located at the 1400 block of West Gulf Bank, in Houston, Texas. One of the males was armed with an assault rifle, which immediately caught the attention of one of clerks, who was standing behind the counter. The clerk then closed the bulletproof glass, cutting off access to the cash registers. The suspects then fled the location empty handed in a red Nissan SUV. Houston PD #1521163-21

About two hours prior to the incidents, the owner of the red Nissan SUV that was used in the above mentioned robberies was at a gas station at the 600 block of East Ritchey, in Harris County, but outside the city of Houston. The complainant in that case carjacked by the suspects as he was getting gas and his vehicle was taken. Harris County #2111-01323 (No video available)