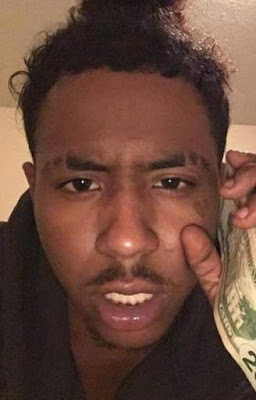 On Monday, April 23, 2018, the complainant was working as the cashier at Dollar General, located at 1420 Gulf Bank Road, in Houston, Harris County. The complainant was the assistant manager on duty at the time of this incident and was between the isles during the aggravated robbery. Two witnesses were also in the store during the aggravated robbery.

At approximately 6:20 pm, two unknown black males entered the store. One suspect had a silver/chrome pistol and pointed it at the complainant as he demanded for money. The second suspect stood at the entrance/exit doors and held it open as the lookout. The first suspect demanded the complainant to open the safe, but she was unable too. The suspects then switched spots and the second suspect demanded for money more money from the complainant. Once the suspects found that they couldn't get any more money they fled the scene.

A witness has since come forward and identified a male known as Josh as one of the suspects in this case. The Houston Police Robbery division urges anyone that knows the identity of the above pictured male to contact Crime-Stoppers or the robbery division at 713-308-0700