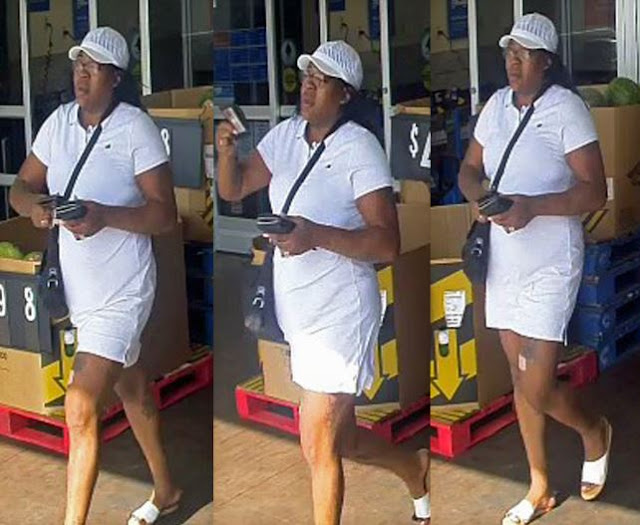 On May 17, 2019, at approximately 9:30 am, an elderly male stated that he was at the Walmart, located at 9598 Rowlett Road, in Houston, Texas. The male stated that while he was shopping, he was approached by an unknown female, who made small talk with him. The male stated that at some point during their conversation, the female managed to take his wallet from his pocket without him knowing it. The male victim then went to pay for his groceries and realized that his wallet was missing. At the same time, the victim noticed that the female that he had been talking to was also checking out and had his wallet in her hand while trying to use his debit card. The victim confronted the female, who then quickly walked out of the store. The victim followed the suspect as she threw his wallet over her shoulder and then got into a dark blue Ford Contour four-door sedan. The elderly victim stated that his credit card and $40 was missing from his wallet. Suspect description: Black female, 30 to 37 years old, 160 to 170 pounds, black hair, wore glasses and had tattoos on her arms.
Posted by HPDRobbery at 7:38:00 AM