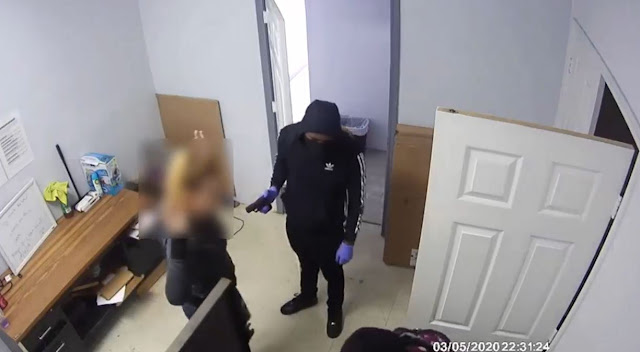 On Wednesday, March 18, 2020 at 4:18 pm, two armed and masked males entered Metro PCS, located at 1012 Edgebrook, in Houston, Texas. The suspects demanded the money from the cash registers and then escorted the employees to the back office, where they removed numerous cell phones and placed them into backpacks. Once the suspects had the money from the registers and the phones, they fled the scene in a dark colored four-door sedan. Houston PD #373559-20

Suspect descriptions: The suspects were described as being black males and wore dark clothing.