One Suspect Arrested and One Still Sought in Robbery 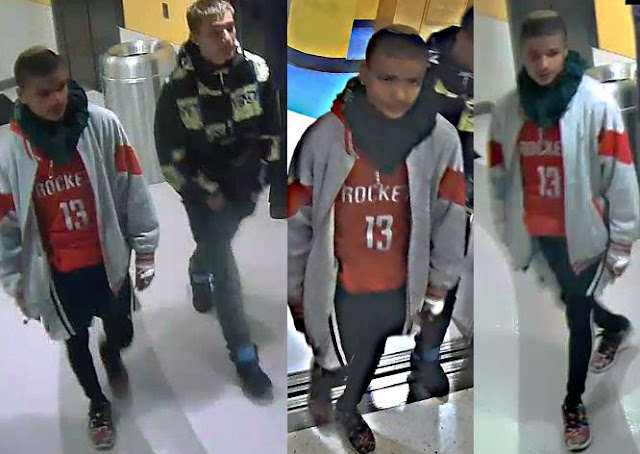 Crime Stoppers and the Houston Police Department’s Robbery Division need the public's assistance identifying the suspect(s) responsible for an aggravated robbery with a deadly weapon.

On Tuesday, March 3, Houston Police officers on routine patrol observe the suspect in a stolen vehicle (complainants). Officers attempted to stop the vehicle, which lead to a short pursuit ending at the 6900 block of Pinemont, where the suspect wrecked the vehicle and attempted to flee on foot. Officers caught the suspect and arrested Judson Brewster, who was subsequently charged with aggravated robbery in this case by robbery detectives after a follow up investigation.

The identity of the second suspect is currently unknown and is being sought by the Houston Police Robbery Division. The suspect is described as a light skin black male, 18 to 22 years old, 5’8 to 5’10, 130 to 150 pounds and black hair.