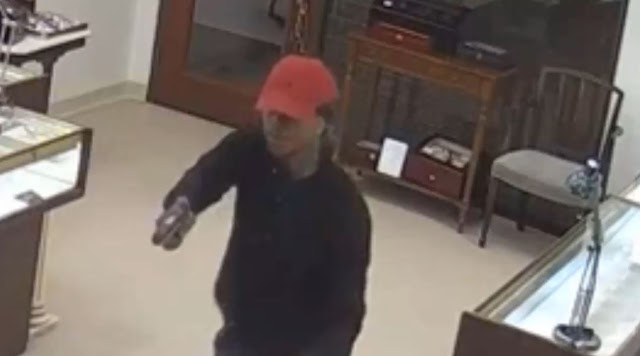 VIEWER DISCRETION IS ADVISED DUE TO LANGUAGE:

On Wednesday, March 18, 2020 at 3:37 pm, an unknown male walked into the Swiss Watch Company, located at 5100 Westheimer, in Houston, Texas. The male stated that he was interested in purchasing a watch, but was behaving suspiciously. The employees stated that the male then pulled a handgun out of his jacket and demanded the Rolex watches. The suspect pushed one of the employees to the ground while forcing the other employee to remove the watches from the display cases. The suspect placed seven Rolex’s, valued at $45,000, in his pocket and held several in his hands as he was fleeing. A second suspect remained outside of the door and stood as a lookout during the robbery. Houston PD #373383-20