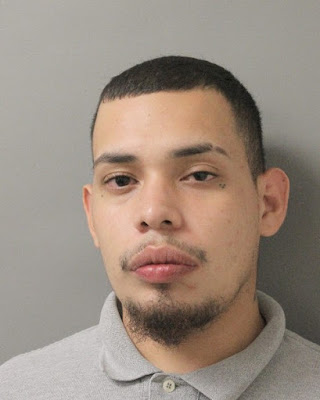 Reyes was first involved in a confrontation with two males at a nightclub located at 415 W. Little York on January 27, 2019. In that case, Reyes assaulted the males inside the club, both of which caused serious bodily injury. Reyes was subsequently charged with two counts of aggravated assault with serious bodily injury a warrant was filed for his arrest. Then on December 1, 2019, Reyes was trespassing at an apartment complex located at 3402 Blaylock when he was asked to leave by an attendant at the apartment complex. As Reyes was leaving, he fired several rounds at the attendant, narrowly missing him and striking a building. In that case, Reyes was charged with deadly conduct and aggravated assault with a deadly weapon. Then on April 3, 2020, Reyes was at an apartment complex, located at 1855 Wirt. Reyes had a confrontation with male, who had been affiliated with a rival gang. Reyes assaulted the male by punching and kicking him and then pulled out a handgun at shot at the male ten times, striking him five times. Reyes was charged with organizing in criminal activity due to the fact that the shooting was determined to be gang related. Reyes' street name is 'puppet.' Houston PD cases: #443711-20, #1579415-19 and #115250-19

Alan Reyes has eluded police since his first charge in early 2019 and his whereabouts are currently unknown. He is believed to be armed and is considered dangerous since in all of his confrontations, he was in possession of a firearm.