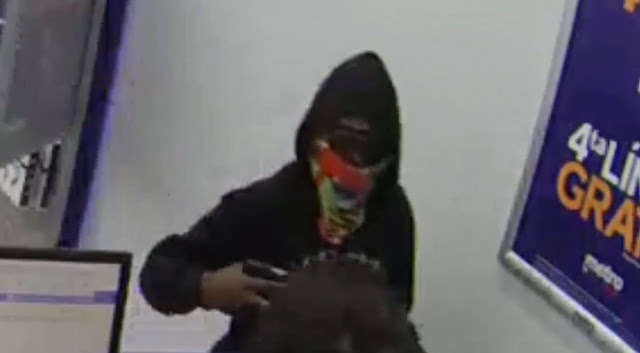 On Friday, December 27, 2019 at 7:00 pm, three unknown males entered Metro PCS, located at 5901 Bellaire, in Houston, Texas. One of the males pointed a handgun at the employee and forced him to the back of the business, where he demanded the cell phones. The suspect then lead the complainant back to the front of the business and forced him to open the cash register. During the robbery, one of the suspects remained at the front door while the other suspect remained near the cash registers. Once the suspects had the money from the registers and the phones, they fled the location in an unknown direction. Houston PD #1706562-19