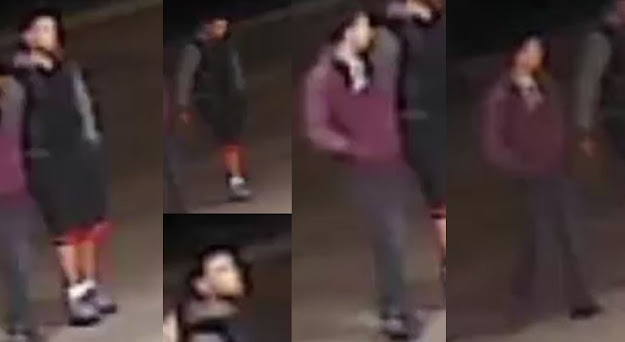 Shortly before the robbery, the suspects were captured on video at a nearby gas station. According to a witness, the suspects frequent the area.

Suspect #2: Hispanic male, 5’6 to 5’8, heavy set, and long side burns that go all the way down and form a beard, black jacket with grey sleeves and black shorts with possible red piping at the bottom.

Based on evidence recovered at the scene, the suspect(s) may be connected an aggravated robbery and a drive-by shooting that occurred on December 24, 2019 in the North Houston area. The suspect(s) also discharged his firearm at the victims in both incidents. Houston PD #1694514-20 and #1694464-20