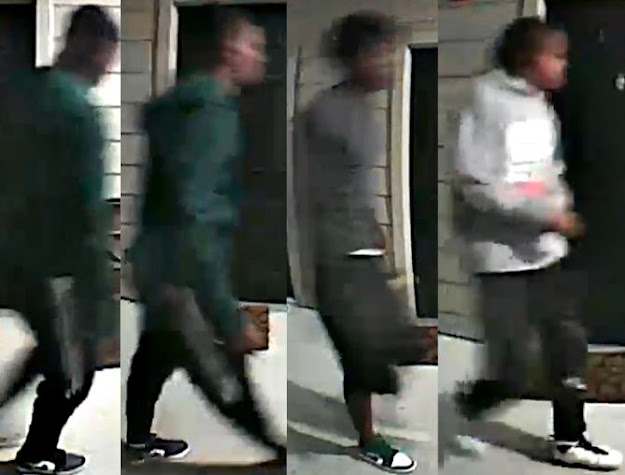 The suspects were captured on surveillance camera just prior to the incident.