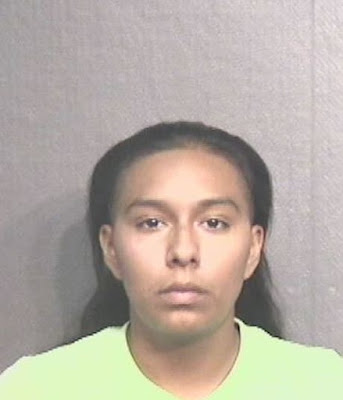 Crime Stoppers and the Houston Police Department need the public's assistance in locating Samantha Molina (20 years old), who is a confirmed gang member and is currently wanted for aggravated robbery and aggravated assault in Harris County.

On Tuesday, May 19, 2020, Samantha Molina was involved in another incident where she got into a confrontation with a different complainant at an apartment complex, located at the 3100 block of Crestdale, in Houston, Texas. In that incident, Molina pointed a handgun at the complainant during a confrontation. The complainant then turned around to walk away, at which time Molina discharged her weapon into the air five times. Molina then left the location. Houston PD #664167-20

A warrant for Samantha Molina was filed by the Houston Police Department on June 2nd and she has eluded police since then. Molina is believed to be armed and is considered dangerous, since she discharged her weapon in both incidents, striking one of the victims.