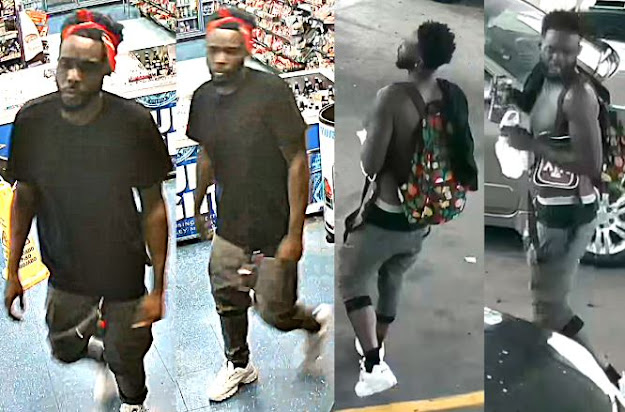 Crime Stoppers and the Houston Police Department’s Robbery Division need the public's assistance identifying the suspect responsible for an aggravated robbery with a deadly weapon.

On Sunday, June 28, 2020 at around 4 pm, an 83-year-old complainant was at the Valero, located at 12298 Beechnut, in Houston, Texas. The complainant walked out of the store after making a purchase and then started his vehicle. The complainant then exited his vehicle and stood outside of it while smoking a cigarette. The complainant stated that an unknown male approached him and unprovokingly punched him in the face (out of camera view), causing him to fall to the ground. The suspect then got into the victims vehicle, at which time the victim stood in front of his Toyota Camry in an attempt to not allow the suspect to drive away. The suspect then drove forward, running over the victim, and then reversed the vehicle to where he was able to flee the scene. Houston PD #851088-20

The suspect was captured on video returning to the store later that day wearing a black shirt, black pants and red bandana over his head. Additionally; the victim’s vehicle was found abandoned on July 1st from the 4000 block of Synott.