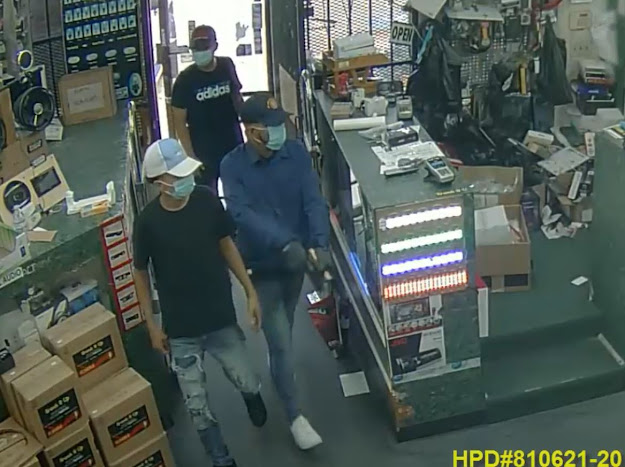 On Friday, June 19, 2020 at 5:50 pm, three unknown males entered Falcon Electronics, located at 7798 Harwin, in Houston, Texas. Once inside the store, all of the males pulled out handguns and forced the employees and customers to the ground and then zip tied their hands together. One of the suspects then pointed his gun at an employee’s head while demanding that he open the safe. During the robbery, another suspect yelled that they needed to run, at which time all of the suspects ran out of the store and fled the scene in a 2016-2017 gray or taupe Toyota Camry with damage to the rear bumper. One of the victims stated that he believed that the suspects were all Cuban based on their accent. Houston PD #810621-20

Vehicle: 2016-2017 gray or taupe Toyota Camry with damage to the rear bumper.