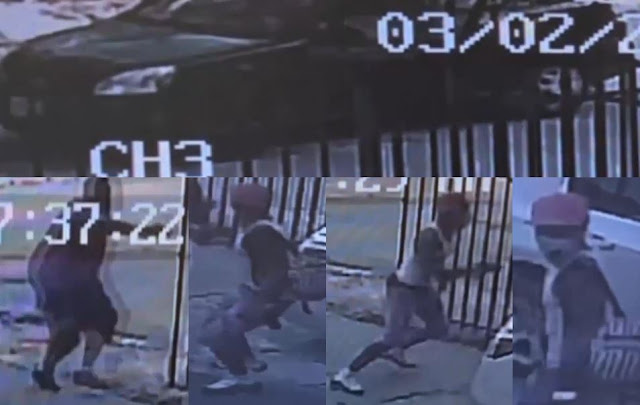 Crime Stoppers and the Houston Police Department’s Robbery and Homicide Divisions need the public's assistance identifying the suspects responsible for a capital murder.

On Sunday, August 16, 2020 at around 7:00 pm, the complainant was in his driveway at his residence at the 8000 block of Crestview, in Houston, Texas. According to witnesses and surveillance cameras, a black four-door sedan pulled up to the end of the complainant’s driveway. Two unknown males then exited the vehicle with handguns and quickly approached the complainant. A struggled between the victim and suspects ensued, ultimately resulting in the victim being shot and killed at the scene. The suspects then ran back to their vehicle and fled the scene. It appears as though robbery was the motive since the second suspect reaches into the victim’s vehicle and pulled out a backpack during the attack. Houston PD #1081889-20