Victim Robbed after Followed from Bank to Business 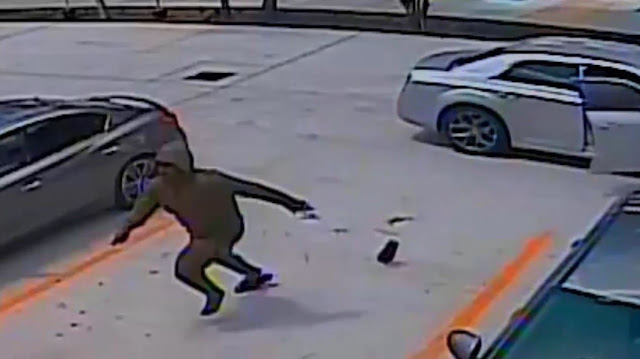 On Friday, July 31, 2020 at 2:38 pm, the complainant had just completed a bank run at the Bank of America at 7500 Fondren and was returning to work at 9630 Clarewood Drive, in Houston, Texas. The employee stated that as he opened the door into the business, a male suddenly ran up behind him and grabbed his bank bag. The complainant noticed that the suspect was holding a handgun, so he did not run after him. The suspect then got into the passenger seat of a silver Chrysler 300. The vehicle then sped out of the parking lot in an unknown direction. Houston PD #1005658-20

Note: It is believed that the suspects followed the victim from the bank to his place of employment, commonly referred to as a jugging.