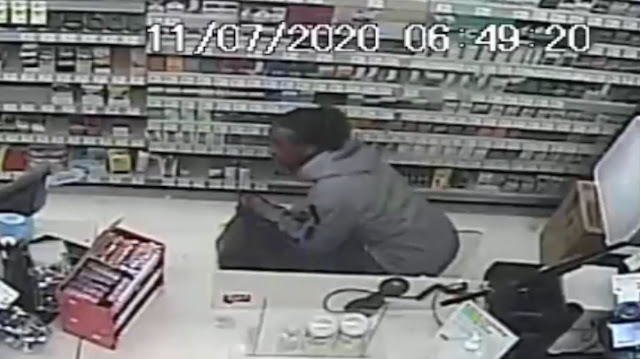 On Saturday, November 7, 2020 at 6:55 am, an unknown male walked into a drugstore, located at the 11000 block of Westheimer, in Houston, Texas. The male walked up to the employee, who was standing behind the counter, and told her that he would not harm her if she didn’t call the police. The male then reached into his waste and pulled out a trash bag. The suspect then placed several carts of Newport cigarettes into the bag and then fled the location in an unknown direction. Houston PD #1481618-20

The same male is believed to be the suspect responsible for three additional robberies at convenience stores that have occurred between the 9600 block to the 11000 block of Westheimer between November 2 to the 13th. In those robberies, the suspect also threatens the clerk, pulls out a trash bag, and then fills it up with Newport cigarettes. Houston PD #1457913-20, #1468857-20 and #1513426-20.