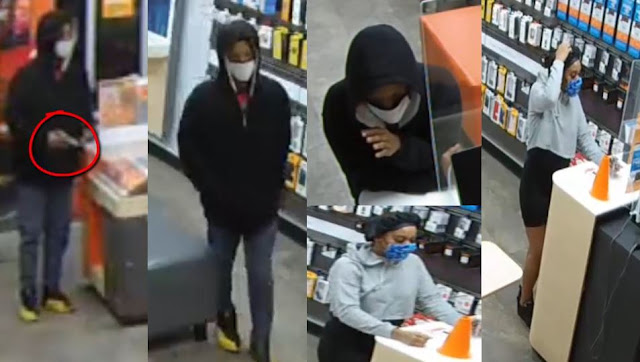 On Tuesday, December 22, 2020 at 7:00 pm, an unknown female entered a cell phone store located at the 1000 block of Federal, in Houston, Texas. The female approached the counter, asked the employee a few questions, and then started to walk out of the store. As the female was leaving, an unknown male walked into the store, pulled out a handgun, and demanded the money from the cash registers. The suspect told the employee to place the money into a bag. Once the suspect had the money, he fled the location in the same direction as the female when she walked out of the store. Houston PD #1703163-20