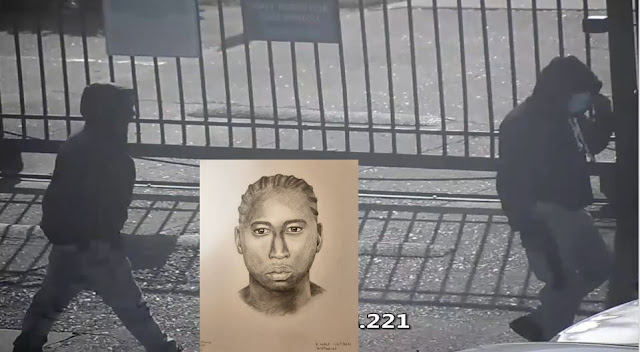 The Houston Police Department’s Robbery Division need the public's assistance identifying the suspect responsible for an aggravated robbery and kidnapping with a deadly weapon.

On Friday, December 4, 2020 at around 5:45 am, the complainant was at his apartment complex, located at the 8000 block of West Tidwell, in Houston, Texas. The complainant stated that he was taking his trash out at his apartment complex when he was approached by two males, who both pointed handguns at him. The complainant stated that the suspects then forced him to get into his vehicle, as one of the suspects got into the driver’s seat while the other got into the backseat. The suspects then drove to a bank, located at the 12000 Northwest Freeway. One of the suspects then exited the vehicle and withdrew money from the ATM by using the victims pin number.

The suspects informed the victim to go inside of the bank and to withdraw all of his money from a teller and stated that they would wait inside of his vehicle. As the victim walked into the bank, he saw an officer working an extra job, at which time he told the officer that he had been kidnapped and the suspects were waiting outside. The officer then walked outside, resulting in the suspects to flee the location in the victim’s vehicle. Houston PD 31610960-20

The victim’s vehicle was then located unoccupied by responding officers at the 6500 block of W. 43rd.

As a result of the follow up investigation by the Houston Police Robbery Division, one suspect has been charged in the case while the identity of the second suspect remains unknown. A sketch of the unknown suspect is being released and he is described as black male, 18 to 19 years old, 5’5 to 5’7, 145 pounds, had some red on his hair, including beads and hair was braided.