Victim Robbed at Gunpoint while at Drive-Thru Restaurant 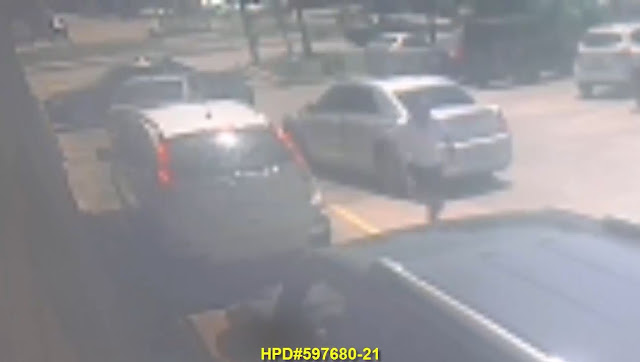 On Wednesday, May 5, 2021 at around 2:00 pm, the complainant was in the drive-thru line at a fast food restaurant, located at the 6000 block of Richmond, in Houston, Texas. The complainant stated that a black Mercedes suddenly cut in front of him while a silver Chrysler 300 blocked him from the side. One of the passengers in the black Mercedes rolled down his window and fired two rounds from an assault rifle, striking the complainants vehicle. Another male in the Mercedes then exited the vehicle and approached the complainant’s while demanding their money. The suspect reached inside the complainant’s vehicle, forcibly took his necklace from his neck and then grabbed his money. The suspect got back into the Mercedes and both vehicles then fled the scene. Houston PD #597680-21

Shortly before this incident occurred, the complainants were inside a high-end jewelry store at the 6200 block of Richmond. The complainant believes that someone might have noticed that he had a large sum of cash while he was purchasing jewelry and followed him to the fast food restaurant.