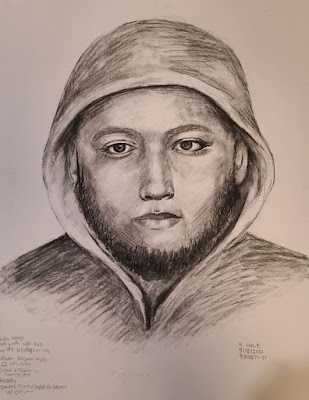 Note: The suspects were able to force entry into the residence by damaging one of the doorframes.

According to witnesses, the second suspect was described as a white or Hispanic Male, 25 to 29 years old, 5'08" to 6'01", 150 to 180 pounds, wearing gray hoodie, black pants, black shoes, black gloves with a black handgun with a possible extended magazine. Unknown type or design and color of the mask.