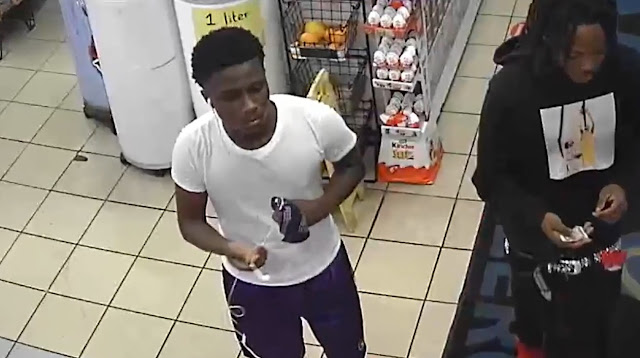 Note: Trenton Morgan (17 years old) was positively identified as one of the suspects in the robbery, although the suspect wearing the white shirt, black shorts, brown shoes and short black hair has not yet been identified.