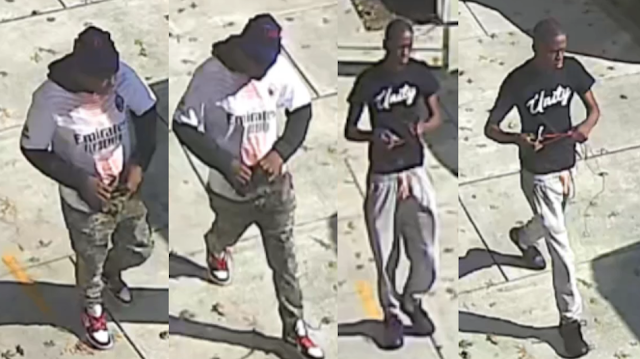 On Tuesday, December 21, 2021 at around 11:15 pm, the complainant pulled into his parking spot at his apartment complex, located at the 3400 block of Ocee, in Houston, Texas. The complainant stated that he was suddenly approached by two unknown males, who were both armed with handguns. One of the males pointed a gun to his head and told him to give him his keys. The complainant complied and gave the suspect his car keys. Both suspects then got into the complainants red Chevrolet pickup and fled the scene. Houston PD #1706528-21

The complainant’s truck was located the next day at the 200 block of Hamilton, in Downtown Houston. Surveillance video was recovered and the two suspects are both observed exiting the truck at 10:44 am and walking South on Hamilton. The suspects left the truck running with the keys in the ignition.