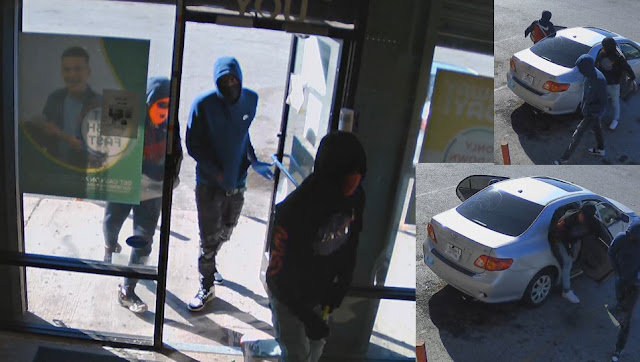 On Monday, January 3, 2022 at around 3:00 pm, three unknown males entered a pawnshop, located at the 11200 block of Bissonnet, in Houston, Texas. One of the males stood at the door as a lookout while the other two males walked directly over to a display case. The male with the hammer began breaking the glass display while the other suspect placed the jewelry from the display case into a bag. The suspects then fled the location in an older model Toyota Corolla with blue tape on the rear bumper. Houston PD #10625-22