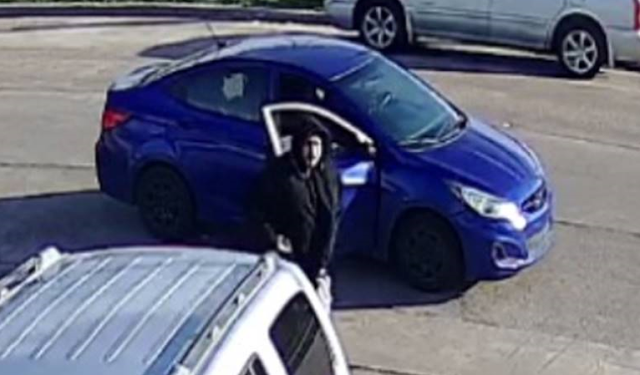 The Houston Police Department’s Robbery Division needs the public's assistance identifying the suspect(s) responsible for a series of aggravated robberies.

On Friday, February 18, 2022 at around 4:30 pm, the complainant was moving his vehicle up a few feet while his driver’s side door remained open along the street at the 8600 block of Clarewood, in Houston, Texas. The complainant stated that an unknown male approached him while pointing a handgun at him and said in Spanish “Damelo todo! No te muevas guey!" meaning, “Give me everything, don’t move!” The suspect then said "Si no me das lo que quiero, te meto un tiro" meaning, “If you don't give me what I want, I will shoot you.” In fear of being shot, the complainant complied and gave the suspect his wallet and cell phone. The suspect then got into the passenger seat of a blue Hyundai four-door sedan and fled the scene. Houston PD #221985-22

A few moments later and about half a mile away, a second complainant was standing outside of the gate entrance to his apartment complex at the 8600 block of Sands Point, in Houston, Texas. The complainant stated that an unknown male suddenly approached him, pointed a handgun at him, and said to him in Spanish “"Dame la feria o te meto un tiro!" meaning, “Give me the money, or I’ll shoot you!” The complainant complied and gave the suspect his wallet and cash. The suspect then got into the passenger seat of a blue Hyundai four-door vehicle and fled the scene. Houston PD #222127-22

The suspect is believed to be the same suspect responsible for at least five other cases occurring in the Northwest, Midwest, and Westside area from January 13 through February 18, 2022, all with the same vehicle with suspect descriptions.