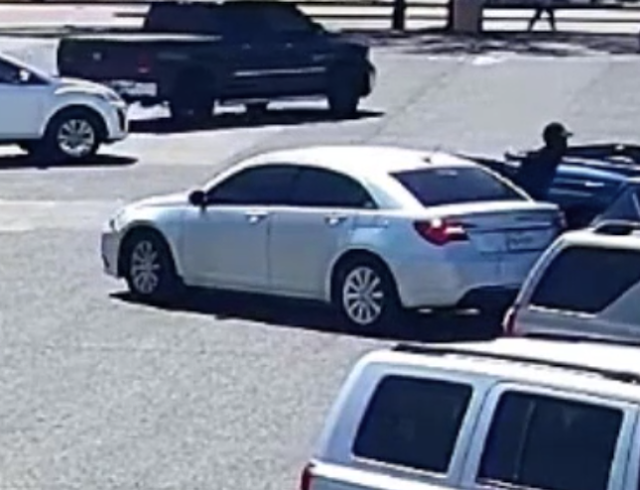 On Friday, April 1, 2022 at around 1:40 pm, the complainant was loading her vehicle at a grocery store parking lot at the 1100 block of Bunker Hill, in Houston, Texas. The complainant stated that a silver four-door sedan pulled up near her, an unknown male exited the vehicle, grabbed her purse from her grocery cart, then got back into the vehicle and fled the scene. (Incident NOT captured on video). Houston PD #427289-22

Earlier the same day at around 12:10 pm, the same vehicle (suspects) committed another theft from person (purse snatching) at a grocery store parking lot at the 5200 block of West 34th (8 miles away). According to a witness (victim did not file an offense report), a silver four-door sedan pulled up near the unknown victim, an unknown male exited the vehicle, grabbed the victims purse from her driver’s seat, then got back into the vehicle and fled the scene. (Incident captured on video). Although the actual victim did not contact the police about the incident, a witness called the police and filed an offense report documenting the incident. The Houston Police Department Robbery Division is seeking the identity of the female victim in this case. Houston PD #432938-22