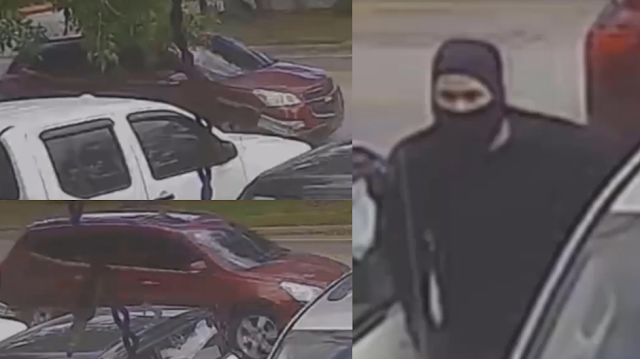 Note: The complainant stated that just prior to the incident, she went to a bank at the 7300 block of Bellaire and withdrew a large sum of money and believes that the suspect followed her.

The vehicle was described as maroon SUV with paper plates.