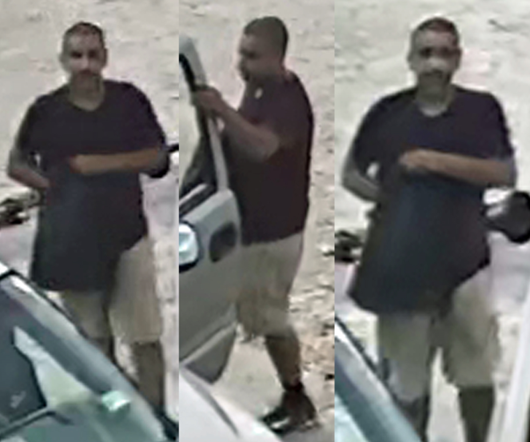 On Wednesday, June 8, 2022 at around 4:00 pm, the complainant had just parked his truck at a restaurant parking lot, located at the 4900 block of Harrisburg Lane, in Houston, Texas. The complainant stated that he sat in his vehicle for a few minutes with the door open and was approached by an unknown male, who pointed a handgun at him and demanded that he get out of his vehicle. The suspect then told the complainant to put his (suspects) bicycle in the back of the truck, and then drove off. Houston PD #759682-22

The complainant’s vehicle was recovered unoccupied the next day at the 11300 block of Eastex Freeway. Suspect #1: Hispanic male, black shirt and brown shorts.