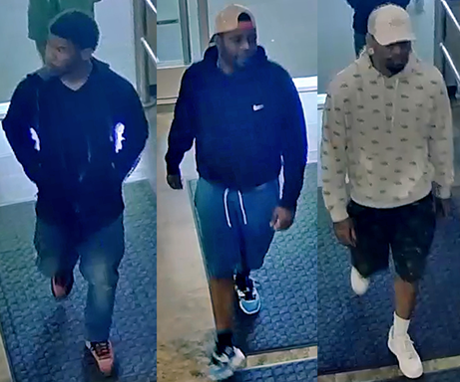 The Houston Police Department’s Robbery Division needs the public's assistance identifying the suspects responsible for a robbery by force.

On Monday, May 23, 2022 at around 2:00 pm, three unknown males entered a liquor store, located at the 2800 block of Katy Freeway, in Houston, Texas. The males inquired about a $4,200 bottle of liquor that was locked in a display case. An employee unlocked the display case and pulled out the bottle of liquor. One of the males then forcibly grabbed the bottle from the employee’s hands and ran out of the store. Meanwhile, a second suspect reached into the display case and removed another box of the same liquor, which he then dropped as he ran out of the store realizing that the box was empty. The employee further stated that the bottle of liquor that the suspects ran out of the store with was only a decoy bottle (with very little value) and not the actual bottle of $4,200 liquor. Houston PD #681945-22