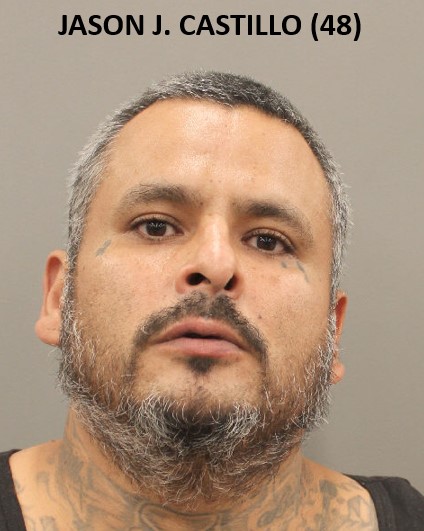 UPDATE: A recent public release on a serial drug store robbery suspect has resulted in Jason Castillo (48) being positively identified as the suspect in the robberies. Castillo has been arrested and charged with two counts of aggravated robbery.

After a lengthy follow up investigation by Houston Police Robbery Detectives, Castillo was identified as the suspect in the six drug store robberies that took place between Feb. 17 to August 19, 2022 in Northwest and Southeast Houston. With the assistance of the Clearlake Crime Suppression Team, South Gessner Crime Suppression Team, and Houston Police Fox (helicopter) Unit, the suspect was taken into custody without incident on September 1, 2022.

Click on the photo to view the robberies and mugshot.

The suspect has been identified in the following robberies: