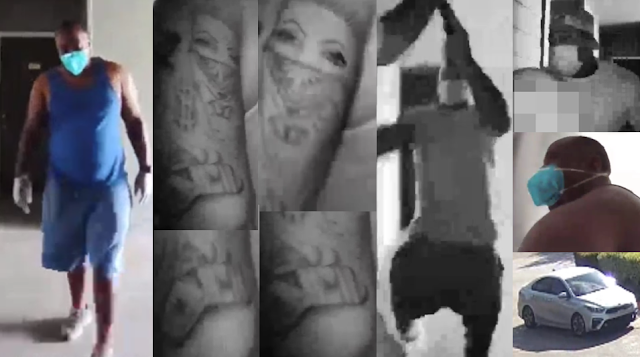 On Wednesday, August 3, 2022 at around 9:30 am, the complainant was arriving at his apartment complex, at the 7000 block of Hollister, in Houston, Texas. The complainant stated that an unknown male walked up behind him while pointing a gun at him and then forced him into his apartment. The suspect then demanded money and began rummaging through his personal belongings. A second suspect then entered the apartment and also rummaged through his belongings, removing some of his personal property. Both suspects then walked out of the apartment and got into a white Kia four-door sedan with paper plates. Houston PD #1029153-22

Note: The complainant stated that prior to the incident, he was at a Chase bank at Bingle and W. Little York and believes that he may have been followed. Also, the suspects can be seen following the complainant at the entrance to the apartment complex.