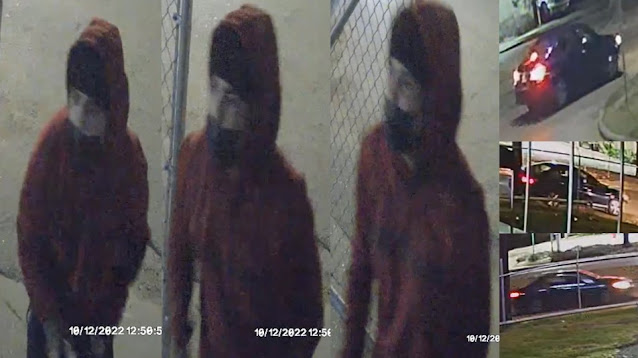 On Wednesday, October 12, 2022 at around 12:50 am, the complainant was leaving his business, which is a bail bond, located at the 6900 block of Denison, in Houston, Texas. The complainant stated that as he was in the process of closing his gate, a blue or green four-door sedan pulled up near him and an unknown male began to run towards him while pointing a gun at him. The complainant stated that he tried to run away from the suspect, but the suspect began shooting at him, striking him once in the thigh. The suspect caught up to the complainant, grabbed his money, and then started to run back to the get-away vehicle. As this was happening, a second suspect ran up to the complainant’s truck, which was occupied by his wife and son, and demanded their money The suspect hit the female complainant in the face with his gun and took her purse. Both suspects then fled the scene in a green four-door sedan. Houston PD #1377685-22