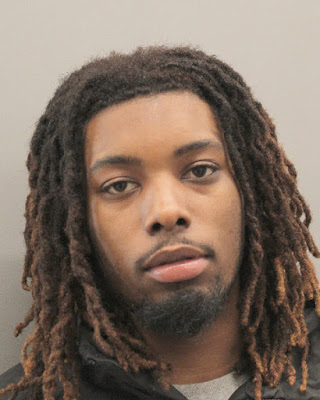 On Wednesday, November 9, 2022 at 2:30 pm, the complainant was at the Wells Fargo bank, located at 6907 W. FM 1960, in Houston, Texas. The complainant stated that he withdrew money for his business from inside the bank and then walked out into the parking lot while holding a money bag. The complainant stated that an unknown male exited a white four-door BMW and quickly approached him, so he turned to run back towards the bank. The suspect wrapped his arms around the complainant and was eventually able to take control of his money bag. The suspect then ran back to the passenger seat of the BMW and fled the scene. Houston PD #1518133-22