UPDATE: SUSPECT HAS BEEN CAPTURED 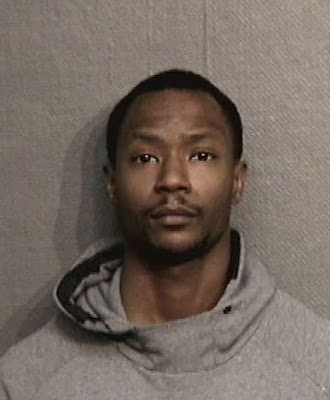 Crime Stoppers and the Houston Police Department’s Robbery Division need the public's assistance in locating Kwame Karikari, who is charged with murder in the 180th District Court in Harris County.

On December 25, 2017, Kwame Karikari and Varneisha Gant entered a game room, located at 13573 Dunlap, in Houston, Texas. Karikari and Gant entered the game room with handguns in an attempt to rob the customers inside. During the robbery, one of the victims also had a handgun and engaged in a gun fight inside of the game room with the suspects. During the gun fight, Varneisha Gant was struck in the neck and attempted to flee the scene, but fell just outside of the game room and did not survive her injuries. Charges of murder were filed on Kwame Karikari on January 8, 2018 and he posted bond on March 28th and has since been a fugitive from justice.

Kwame Karikari was charged again on July 27, 2018 for deadly conduct in Harris County and could still be in the Houston area.