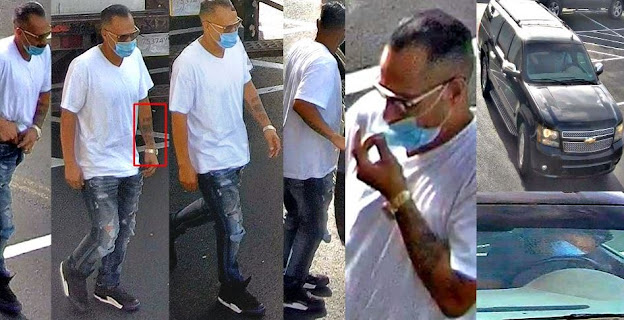 On Saturday, June 27, 2020 at 6:13 pm, an unknown male approached the complainant while in a parking lot at the Triple Sports Crown Bar, located at 13711 Westheimer, in Houston, Texas. The complainant stated that the male walked up to him while he was sitting in a box truck, pointed a handgun at him, and demanded his wallet. The complainant then told the suspect that he did not have his wallet, at which time the suspect took the victims keys to the box truck, then got into the passenger seat of a black Chevrolet Suburban, and fled the scene. Houston PD #847148-20