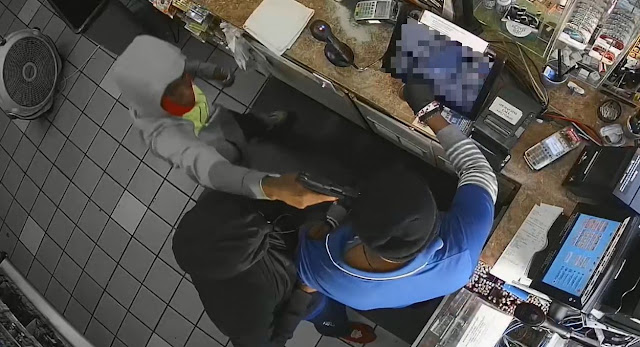 On Sunday, July 5, 2020 at 7:02 am, two unknown males entered the Star Stop, located at 3810 Little York, in Houston, Texas. One of the suspects jumped the counter as he pointing a gun at the clerk while the second suspect ran around the counter as he also pointed his handgun at the clerk. The suspects then surrounded the clerk while demanding that he open the cash register. As the clerk attempted to open the cash drawer, one of the suspects held his gun against the clerk’s side while the second suspect pushed his handgun against the clerks head in an attempt to force him to hurry. One of the suspects then placed several Newport cigarettes in a box as the other suspect removed the money from the cash drawer. Both suspects then fled the location in an unknown direction. Houston PD #883766-20