Victim Shot after Being Followed from Bank in Robbery 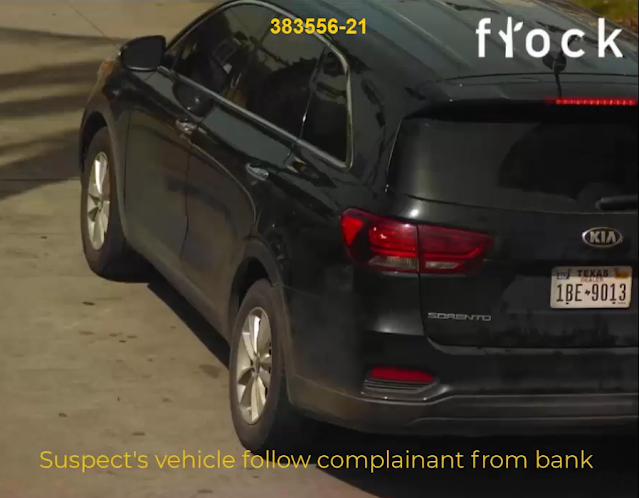 Notes: Previous to the incident, the complainant had been at a bank located at the 900 block of Gessner and believes that he was followed from the bank by the suspects.

The license plate on the vehicle is a dealer tag that is expired and previously belonged to an auto group company that has since closed down.