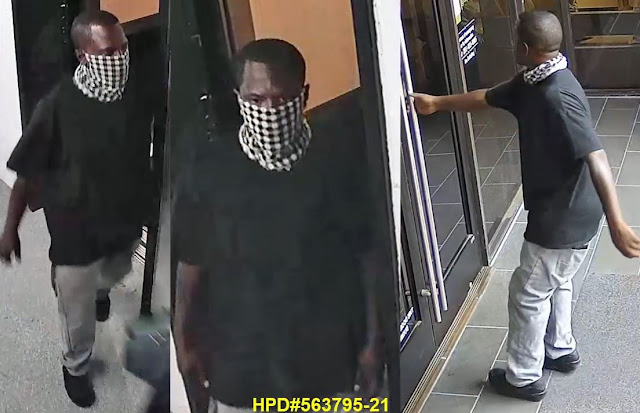 The Houston Police Department’s Robbery Division need the public's assistance identifying the suspect responsible for a robbery by threat and kidnapping.

Prior to driving back to the office building, the suspect took a picture of the complainant driver’s license with his phone and told her that he would come back and harm her if she did anything stupid. In fear for her safety, the victim did not wish for the address of the incident to be released to the public. Houston PD #563795-21